This will be my first SxSW as a resident of Austin, Texas. I’m looking forward to it. Part of the build up to SxSW is making sense of an absolute wall of content in the form of Interactive speaker abstracts, Interactive panel abstracts, and of course… the musical acts. Below are a few of my selections so far.

A Plethora of Panels 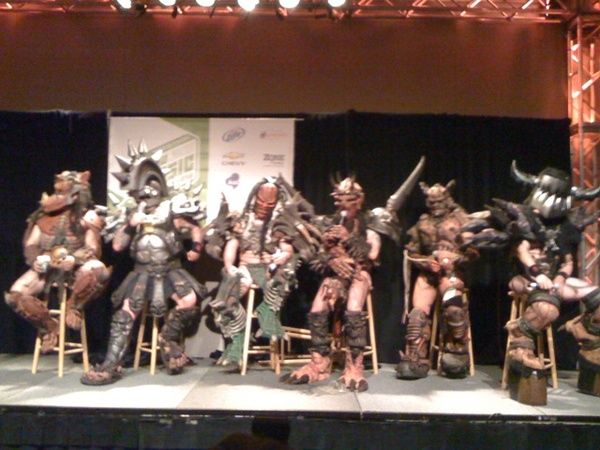 To be clear, not all SxSW panelists dress this way. At least not for the first day.

To give you an idea of the amount of content that SxSW pulls together, consider this:

There are over 1000 speakers, panels, sessions, and presentations in just a few DAYS.

Here are just a few Interactive events that caught my eye:

As you can probably tell by reading about a few of these panels, there is an element of convergence that runs through them. That’s why I like going to SxSW.

You aren’t getting a vendor specific pitch. Instead you are getting a mix of inputs from a variety of sources.

Do some companies dominate and use PR firms to get their panels accepted and promoted into the lineup? Sure.

Do attendees have to listen? Nope. That’s the best part. You get to vote with your feet! See also: The Geek Whisperers podcast Episode 27

That’s why SxSW still matters. It’s not about one specific company dominating the sessions and content. Are there sponsors advertising and subsidizing everything? Sure. But again, you listen and consume what you want on your own agenda.

I’ve attended SxSW going back to 2008. I met enough folks that even captured some of my more interesting facial hair moments just before I joined Acadia -> VCE -> EMC -> Dell EMC. 😂

That was probably one of the thickest goatees I’ve ever had… good times. The shiny head hasn’t changed much though. 👴🏼

This interview was done in early 2010, I was coming in from a telecommunications and VoIP background. Oddly enough, I even managed to work the word “converging” into the interview.

One of the companies I mentioned was SlideRocket. It’s a small world because SlideRocket eventually went on to be acquired by VMware. Of course, I didn’t know that would happen then. Cool team!

At the end, I mentioned the importance of a digest of emails. So if you are reading this digest, you can probably appreciate the appeal of a digest format.

Ultimately, the convergence of interactive, music, and film concepts would play out each year and my decade long perspective isn’t far off now. I’m looking forward to writing about that in a future digest.

The listening has started… https://t.co/gIO7tvQUiy

Looking Back & Looking Ahead Cleaned my desk area and found this relic of 2010... my how time flies! I’ve maintained a website of some…